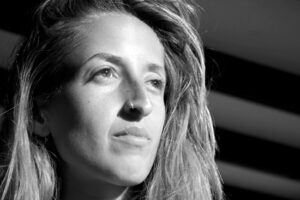 After getting her BSC in Audiovisual Communication and her Graduate in Film Direction at the NYFA in New York in 2006, Mireia Pujol started her career in fiction.

During this period, she worked in several spanish films getting close to important directors like José Luis Cuerda. Those years of experience and training in the world of cinema drove her to become a director in commercials and other formats.

With a strong cinematographic flavour, we see in her work the desire to explore and feel. Her work shows the importance of details and her willingness for risk. We can notice that her carefully constructed characters tell their own story with a tiny gesture, scaling up to a climax assembled by details that are full of beauty. She has worked for Audi, Coca Cola, Dewars White Label, Vodafone, Brugal, Once, Mapfre, El Corte Ingles, Sitges Film Festival, etc.